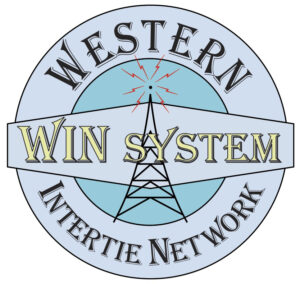 Here are our WIN System Guidelines, or Rules.  There are basically four rules here on the WIN System:

#1.  Please follow the Golden Rule meaning that you should treat others as you would like to be treated.

#2.  Please do not talk about politics or religion on the WIN System.  Our experience has been that whenever these subjects, or any other controversial subject, is brought up on the air, it always polarizes whoever is listening.  By polarizing I mean that whatever the controversy is, there will always be those on your side, and those on the opposing side or sides.  That leads to differences of opinion or position on the matter, and that leads to polarizing, or folks taking sides on the issue(s).  And that always leads to someone being unhappy, and leaving.  There have been many, many repeater systems destroyed because folks left over talking about something controversial on the repeater.  So, the best way to avoid fragmenting the System is to simply not bring it up on the air in the first place.  Save those topics of conversation for when you are in person, face to face, and not on the air.

#3.  Please don’t talk negatively about others, or other systems, on the WIN System.

That’s it, for the rules anyway.

You might ask…    Why do we need rules at all for repeater conduct or etiquette?

Answer:  We tend to assume that everyone knows the generally accepted rules.  But, that could be careless of us and unfair to those who want or need to have a clearer definition of our expectations and requirements.  It can also create discord when repeater users offend others by unknowingly breaking some unwritten rule.  Activities that may be an irritation, or even a flagrant violation, to one person might not be an issue at all to another.  It’s probably best for us to be clear about the rules we really think are important.

We understand that everyone slips once in a while, no matter how hard they try.  But, we expect all user’s of the WIN System to do their very best to follow these few simple and obvious rules of repeater conduct.

Correct operating procedure is a distinct characteristic of Amateur Radio.  It’s important that you convey to the public, and to new hams, the image that Amateur Radio Operators are courteous, patient, and really know what they’re doing.  A friendly style is great, but we also need to operate professionally.

Now, we will list some extended rules.  Amateur Radio regulations are largely self-enforced and we all need to work together towards these goals listed below:

1.  Always identify according to the regulations.

Please limit conversations to 15 or 20 minutes.  Then take a good long break, or move to another frequency.  Other hams probably want to use the WIN System but might not be interested in the subject your group is discussing.   None of us should monopolize the WIN System, even unintentionally.

It’s not enough to pause now and then and invite others to join in.  Others just may not be interested in the topic.  Be polite, and don’t be a “repeater hog.”

In addition, great time and expense was put into adding the IRLP and Allstar functions on the WIN System.  In order for stations from across the world to check in from time to time, the System must be free.  If you are monopolizing the WIN System, these folks can’t get in.  Since these calls are unpredictable and random, you never know when they are coming in, so plenty of free time needs to be reserved to allow this function to work.  Since these calls can be from friends, acquaintances, members on vacation, and future friends, these calls are to be given a priority.  Think of them as company, and extend a strong welcome to them.

Soap boxing, which goes hand-in-hand with overly long conversations, is when people carry on a conversation on the WIN System that is a thinly disguised ‘Broadcast.’  The subject is generally to “put down” an institution, group, or an individual for as wide as possible an audience.  Of course it can be to gain support for a cause, person, or group as well.  Both can be very objectionable to other WIN System users and listeners.  Using the WIN System as a platform for soap boxing is unacceptable.

Conversations on the WIN System should be friendly ones.  Do not make them negative commentaries on institutions, groups, or people.  Avoid discussions on inappropriate subjects including politics, sex and religion!  Don’t use the repeaters to “put people down.”  Amateur Radio is not a broadcast medium – 97.113(5)(b).

Are we talking about censorship?  No, not exactly.  A person may have the right to stand on the street and say bad things about someone.  They don’t have that same right when they are a guest in that person’s house.  When using the WIN System, you are a guest operator of its radio stations.  No one has any right to use the repeaters in ways that the WIN System management feels are objectionable.

Amateur Radio operators find the sound of CB lingo worse than fingernails on a blackboard.  The main thing to remember is to just talk normally.  Talk just like you would to someone in person, face to face.  There’s nothing different about talking over the radio.  Using slang jargon just labels a person as an ex-CBer, or a CBer wannabe.  The use of “10-4”, “Good Buddy”, “the first personal is” and the like, have no place here.

You are talking on an FM repeater, not a noisey station in Europe on 20 Meters.  Just talk normal.

Regardless, if you’re in a conversation, when a calling or breaking station interrupts, yield quickly since you never know if they have an emergency or not.

You never know who may be listening.  Even late at night, there are generally people listening to the WIN System, including non-hams.  This is important to understand for several reasons.

Our rule is simple: absolutely no obscene, indecent or profane language at any time.

7.  Do not cause intentional interference, to the repeater, or conversations on the repeater.

What gives the WIN System the right to tell someone how to operate?

All repeaters have rules.  These rules often go beyond Part 97.  And, users who refuse to comply with the repeater’s rules can be told to stop using the repeaters.  This is entirely at the judgment of the repeater trustees.

Rule 97.205(e) says, “…Limiting the use of a repeater to only certain user stations is permissible.”  There are no qualifications – ifs, ands, or buts – to this rule.  This isn’t just the right to close a repeater.  Please operate in a professional manner and obey the rules.

Obviously selling any ham equipment is allowed as long as it’s not done on a regular basis as a business.  But conversations advertising, or selling vehicles, toys, other non ham related equipment and discussing prices is absolutely unacceptable on the WIN System and will not be tolerated.

Use of Reflector sub-channels is encouraged. You do not need specific permission to use any of the general use channels. If you would like to discuss the use of a 9100 reflector channel on an on-going basis, contact Steven Taylor, k6ufx. Current channel assignments
Below: